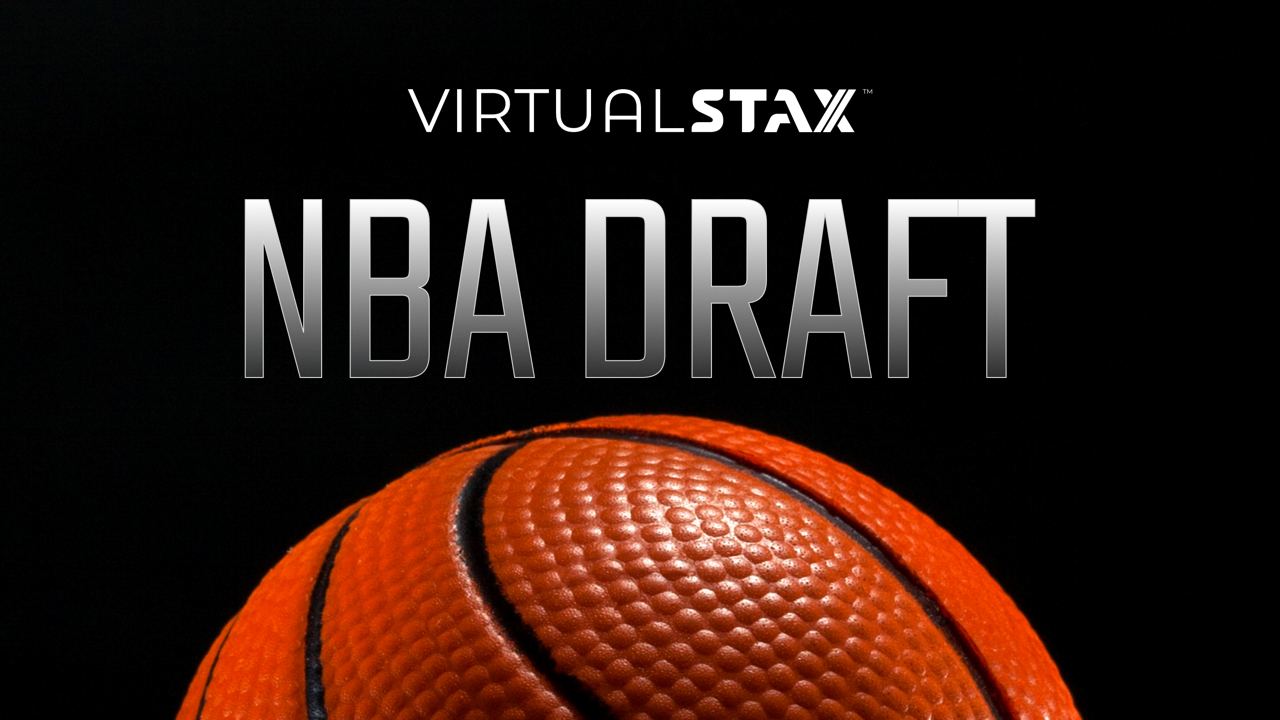 The 2022 NBA draft, in its 76th edition, was held on June 23, 2022, at Barclays Center in Brooklyn, New York. With three high demand players coming into this year’s draft, anticipation built as no one knew the order in which they would get selected. Now, the Orlando Magic, Oklahoma City Thunder, and Houston Rockets all have their projected cornerstones of the future.

With the first pick, many experts suspected Orlando would take Jabari Smith Jr. from Auburn, but it was Duke’s Paolo Banchero who was first off the board on Thursday night. A 6’ 10” forward, Banchero is expected to round out the starting frontcourt in Orlando, joining fellow former Blue Devil big man and VirtualStaX Ambassador Wendell Carter Jr. in the wake of his breakout season. Banchero was awarded ACC Freshman of the Year and All-American honors in his only season at Duke and led the team to the Final Four in legendary coach Mike Krzyzewski’s final campaign. This was Orlando’s fourth #1 overall pick in the franchise’s history, with the first three landing them Shaquille O’Neal, Penny Hardaway (by way of trading Chris Webber), and Dwight Howard.

Oklahoma City general manager Sam Presti’s aggressive philosophy of acquiring first round draft picks in recent years landed the Thunder three first round picks on Thursday (in addition to acquiring eleventh overall pick Ousmane Dieng from the Knicks), the first of which they used on Chet Holmgren. Holmgren entered college last year as one of the more lauded freshmen in recent history, and was, along with Banchero, projected to be a top three pick going back to his high school days. The 7-foot big man has been highly coveted at all levels for his abilities at both ends of the court. He can perform highlight reel-worthy blocks and dunks at any moment, as well as run the floor, handle the ball, and shoot at a high level for his size and position. He averaged nearly a double-double as well as a staggering 3.7 blocks per game last year at Gonzaga. Holmgren is expected to fit in nicely to Oklahoma City’s current roster as they continue to build around the highly-capable backcourt of Shai-Gilgeous Alexander and Josh Giddey. The VirtualStaX App will allow Basketball fans to find upcoming talent, such as Holmgren and Banchero, early in their careers to form a part of the player’s core community for the future but also to reap financial rewards by being part of the player’s StaX growth throughout their career as the progress from high-school, college and ultimately into the NBA.

The third pick belonged to the Houston Rockets, who used the #2 pick in last year’s draft on Jalen Green. Despite being near the top of the draft lottery again, Houston is excited about the young core they have built the past few seasons, and Thursday’s selection of Jabari Smith Jr. should only amplify that excitement. Smith burst onto the scene last year at Auburn, leading the Tigers to their first ever #1 ranking in the Associated Press Poll. Considered to be the most NBA-ready by most experts, Smith will join a talented young lineup including Green, Christian Wood, and Kevin Porter Jr. Smith’s well-rounded game had him at the top of most mock drafts, but perhaps the teams in front of Houston perceived a higher ceiling for Banchero and Holmgren. In any case, this pick solidifies Houston’s core heading into the future, and the organization will be expecting to be back in the playoffs and title hunt soon.

The Big Ten filled out three of the last seven picks in the top ten, with Iowa’s Keegan Murray being selected fourth by Sacramento, Purdue’s Jaden Ivey going to Detroit one pick later, and Big Ten Player of the Year Johnny Davis from Wisconsin going tenth overall to Washington, where he could form an interesting backcourt pairing with Bradley Beal should Beal re-sign this summer. The Pacers took Arizona standout Bennedict Mathurin at #6, followed by Shaedon Sharpe (Kentucky) to Portland, Dyson Daniels (G League Ignite) to New Orleans, and Jeremy Sochan (Baylor) to San Antonio. Duke’s big night was not limited to Banchero’s first overall selection, as his teammates Mark Williams and A.J. Griffin were taken with the fifteenth and sixteenth picks by the Hornets and Hawks, respectively. The defending National Champion Kansas Jayhawks also had multiple players taken in round one, as Big XII Player of the Year Ochai Agbaji was taken with pick 14 by Cleveland, and Christian Braun was taken with pick 21 by Denver. Auburn joined Kansas and Duke as the only three teams with multiple players selected in the first round, with big man Walker Kessler going to Minnesota by way of a trade with Memphis at pick 22.

VirtualStaX is about the future. With SportStaX, athletic stars of tomorrow can take control of their careers and shape them the way they want them to go. As VirtualStaX looks to expand its NBA footprint, we look to the stars of tomorrow and see an opportunity to reshape the way basketball fans and stars interact, much in the same way these young players see their careers as opportunities to reshape the league and game on the court. When given access to VirtualStaX, basketball stars at all levels will be able to sell their StaX to fans all around the world. In this way, monetization of players’ careers will no longer be limited to just jersey sales or ventures that can eat away at valuable time that could be spent honing their craft on the court.

With VirtualStaX, the individuals themselves take ownership of the monetization of their craft and growth of their brand, as well as put themselves in position to be in direct contact with fans. This will allow them to control the cultivation of their following and relationship with the fans however they see fit. Basketball players are thought of as some of the most marketable athletes in the world, and VirtualStaX looks to help the players capitalize on this potential. With the room for growth for VirtualStaX in the NBA and the game of basketball as a whole, as well as the demand for athlete empowerment and the tools it requires, we believe the sky's the limit to what we can achieve and help others achieve through this innovative platform.